The Posies – “The long van rides are harder on the body than the physical activity of the show.”

I CAN GUARANTEE: Ken, The Posies are currently on tour in the US. How did it go so far?

Ken Stringfellow: It’s been fantastic. Especially on the two coasts, attendance and audience reaction has been incredible. I would count the sold out show in Portland, the L.A. show, the Athens show in the Georgia Theatre and the New York shows as major highlights. We have been playing with a fury that you might not expect if you’ve never seen us before and only know the albums.

More than 40 dates only in North America. And that within two month. How stressful is it for you guys and what are you doing to stay physically fit?

Well two hours onstage every night is about as much physical fitness training as you need. Mental conditioning is what you need. We just did 19 shows in a row, and we have shows now every day until July 2. If you know what you’re getting into, you can mentally prepare. Physically, my voice feels great… I know just how hard to push it to keep from wearing it out. A little CBD oil for the knees… honestly I think the long van rides are harder on the body than the physical activity of the show.

You’ve started a pledge campaign to re-release your records Dear 23 (1990), Frosting on the Beater (1993) and Amazing Disgrace (1996). How important was it for you as a band to make these albums available again. The vinyl was sold out long time ago.

Very! Even streaming has been inconsistent for these releases.

Unfortunatley Universal Music would only grant physical uses of the songs, no digital.

The campaign is still running. Are you happy with the result of the campaign so far?

We are really happy with the results so far but we have a significant way to go to meet the goal so every Pledge is appreciated! We do have some tour related pledges like joining us for a song onstage that don’t involve shipping. (You will find the campaign HERE, Anm. d. Red.)

Jon and you are on tour with your old bandmates Dave Fox (bass) and Mike Musburger (drums). Whose idea was it to go on tour with this line up? And were you in contact for all those years?

With the re-releases being the focus this year, it felt right to “re-release” this 1990s lineup too! We have been in touch over the years. Mike and I had a falling out in 1994 that led him to leaving the band but we had made peace over the years, he even sat in with us in 1999 for a show so the feud did not last.

How can I imagine the first rehearsal. Was it like 25 years ago and the “magic” was still there or was it more like “hard work”?

Muscle memory is an incredible thing. The Frosting material sounded like we just got off the road together yesterday. It was a little more work (for all) getting the newer material in the mix. We mostly play the vintage stuff but we have learned a few tunes from our 21st century work.

The main tour in Europe starts at the end of September and you will play another 30 + shows here. What can we expect from these shows?

Basically a hard-played, lust-for-life infused all out assault in our deep catalogue played by arguably the best lineup this band ever had. We play every night as if it’s the last show we’ll ever play.

When you remember the time of Frosting On The Beater or Amazing Disgrace, do you have a favorite moment you wanna share with us?

Oh there were many amusing moments. One odd thing – the studio where we made most of “Amazing Disgrace”, Robert Lang Studios, which is a whole coffee table book waiting to happen on itself – well the owner, Robert, built the place by hand and he was putting some decorative green marble in place and he found this piece that once polished up he swore had an image of Jesus in it. Not to my eyes, but hey. Well next thing you know the rock is famous and he’s taking it around the country to gem shows and what not. He decides to honor our session by bringing it into the studio. And all hell breaks loose. Brian’s drums stool collapses while he’s in mid take! Equipment breaks and won’t be fixed. As an idolatrous insult to the actual image of Jesus, it seems God herself has cursed this thing. It’s wreaking havoc on our session by its mere presence! So I called Bob immediately “get that thing out of here NOW!” Which he did and all was fine.

Thanks for your time and see you in Düsseldorf. 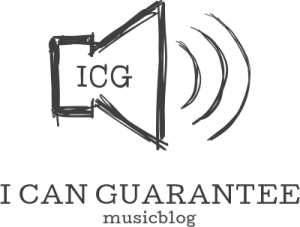 Tune of the Week: Ezra Cohen - I Saw The Country

Helms Alee @helmsaleemusic Keep This Be The Way S